From a simulation model to a Digital Twin

Definitions, applications and success factors in warehousing and logistics

While the term ‘digital twin’ tends to be widely used and abused nowadays, there are still very few examples of the concept itself being put into practice. What most people refer to as a ‘digital twin’ is often actually nothing more than a simulation model like the ones we have been using for years. So what is a digital twin exactly? Dirk Becks (from Groenewout) and Dirk-Jan Moens and Steven Hamoen (both from Talumis) provide the answer in this first in a series of two articles on digital twins. In the second article, they highlight what to be aware of when setting up a digital twin.

The simplest variant is a digital model based on manual data entry. In a digital model of a warehouse, for example, entering an overview of the expected number of orders for tomorrow will reveal potential bottlenecks in the warehouse and how many operatives will be needed to avoid those bottlenecks. It may be possible to model extra scenarios. For example, what if there are 10% or 20% more orders than expected? Based on the resulting insights, planners can decide whether extra or fewer operatives will be required. Users of a digital model have to execute their decisions manually.

A digital shadow goes a step further. In this case, the data is input automatically rather than manually thanks to the digital object being connected to the warehouse management system (WMS) or to a central database storing the data from various systems. The digital shadow offers a continuous view of what is happening in the warehouse and provides insight into the performance and trends. By pressing ‘fast-forward’, it is possible to forecast the future to some extent. Once again, however, the decisions made on the basis of the digital shadow must be executed manually.

The term ‘digital twin’ applies if the results from the digital object are automatically linked back to the physical object, making it possible to control and fine-tune processes. An example of this could be a digital twin that continuously monitors whether the order picking process is running according to plan, and which automatically deploys extra order pickers if it determines that the end-of-day deadline is otherwise unlikely to be met. There are few, if any, applications like this in warehousing right now. Therefore, most of the current use cases that are referred to as digital twins are actually digital shadows or digital models.

As indicated in the examples given above, we can use digital objects to predict tomorrow’s workload or to analyze the impact of potential decisions. The digital object visualizes the consequences of decisions so that users can make carefully considered choices about whether or not to implement those decisions in practice. The key question is whether companies are willing to use a digital twin for that purpose. Many businesses prefer to let people rather than computers make such decisions. In that case, a digital shadow is enough.

The use of digital shadows – and especially of digital twins – in warehousing is still fairly limited at the moment, but that will definitely change in the future. First and foremost, the technology is becoming better and cheaper, which means that a digital object can be set up more quickly and easily. Additionally, most companies are making strong progress in terms of digitalization, so the quality and availability of data is also improving. Multiple applications of digital shadows and digital twins are already emerging in other, more complex environments. Now that mechanization and robotization are increasing the complexity of warehousing, we can expect them to take off in this sector too.

In logistics, two other terms regularly crop up: emulation and visualization. Both these terms refer to solutions that also revolve around a digital object. We mention them here for reasons of completeness, but we have chosen not to cover them in the article itself.

Emulation
Besides simulation, there is also emulation, for example, in which case a digital object is utilized to test control software. Rather than being connected to a real conveyor, a PLC is connected to a digital representation of the conveyor to test whether the control software processes all the signals correctly and whether all the logic has been programmed properly.

Visualization refers to a technology that is used in the control room of an automated warehouse, for example, to display the status of all systems. In effect, this makes use of a digital shadow, but without any kind of link back to the physical object.

Where should you start if you want to set up a digital twin? What are the major pitfalls and key success factors? These and other questions are answered in the second article in this series on digital twins. 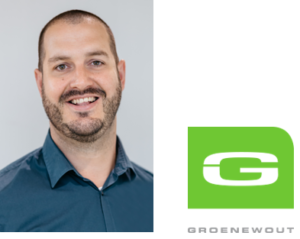 Dirk Becks is involved in optimizing logistics (e-fulfillment) operations on a daily basis. He is specialized in logistics feasibility studies and the implementation of highly mechanized warehouse operations.

Groenewout is a leading independent logistics consultancy firm. Groenewout is focussed on the development and implementation of logistics and supply chain operations based on data analysis, modeling and simulating logistics processes in a broad perspective. This includes warehouse design and optimization, structuring distribution networks, inventory and production planning, mechanization or manual processes. For complex simulations, Groenewout works together with Talumis. Talumis utilizes Flexsim simulation software to build models that form the basis for further analysis and optimization activities. 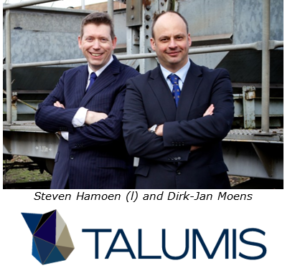 Steven Hamoen is focussed on simulation projects related to warehousing, manufacturing, AGVs and other types of automation.

Dirk-Jan Moens is primarily specialized in logistics optimization for ports, offshore projects, manufacturing and supply chains and is mainly focussed on planning, scheduling and digital twins.

This article was first published in “Warehouse Totaal”, May 31, 2022. Original Link